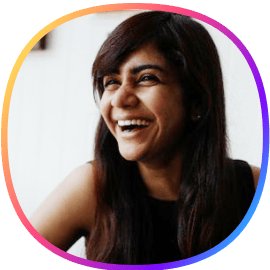 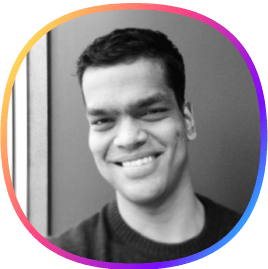 Optimistic Conversations with Builders and Creators

Join our newsletter.
Stay tuned and never miss another episode.
Thank you! Your submission has been received!
Oops! Something went wrong while submitting the form.
As seen on

The most interesting people in entertainment.

What Media and The Internet Say About The Good Time Show

“On Sunday, the hosts of “Good Time” interviewed a Facebook executive when a surprise guest showed up: Mr. Zuckerberg. He spoke briefly about the future of augmented and virtual reality and Facebook’s plans, before leaving to return to his family. (...)”

“On Clubhouse, Musk appeared on The Good Time Show, a roughly three-week-old late-night event hosted by the husband-and-wife team of Sriram Krishnan and Aarthi Ramamurthy. (...) ”

“Kanye West and Elon Musk are slated to appear on a Clubhouse talk show hosted by a Facebook employee and her VC husband... The format for "The Good Time Show," much like the app itself, is highly casual and focuses on organic conversations on anything from startups to venture capitalism and cryptocurrencies. But overall, the talk show is focused on optimism. (...) ”

“After Mr. Musk drew an audience of thousands on the app during a late-night appearance last month, he said on Twitter on Wednesday that he had agreed to join rap musician Kanye West for a Clubhouse conversation (...) Some of Clubhouse's growth can be attributed to Andreessen Horowitz, whose partners have been early and frequent users and helped to build buzz. The firm has showcased its startup investments on the app and elevated the profile of its newest investing partner, Sriram Krishnan, who hosts a regular discussion on Clubhouse. (...) ”

“Late last month, thousands of people tuned into a discussion between Elon Musk and Robinhood chief executive Vlad Tenev about the brokerage app’s controversial decision to limit trading in GameStop and other popular stocks. The conversation drew so much attention that some users resorted to viewing a YouTube stream after missing the room’s 5,000-person cut-off (...) ”

“Krishnan, whose previous roles include stints at Snap, Facebook and Twitter, has gained a higher profile in recent weeks from his recurring audio show “The Good Time Show” on Clubhouse. His recent talk with Tesla CEO Elon Musk was something of a watershed moment for the audio chat platform driving plenty of new attention to the budding app.”

For all media inquiries, email us at
‍goodtimeshow@sriramk.com

“Some of them are recurring meetings that happen once a week, and on Sunday night, one of those rooms was The Good Time Show, which is a weekly conversation hosted by the technologist and venture capitalist Shriram Krishnan and Aarthi Ramamurthy, and the title was "Elon Musk on Good Time." (...)”

I actively invest in early stage companies as a general partner at A16Z. I've built several leading consumer products at Twitter, Facebook and Snap. I write about technology and like talking to people about it.